OK, minimal pictures, since one dare not take pictures of sensitive places like airports in Israel (or TSA agents in the US).  But airport security in Tel Aviv and Newark had their interests and frustrations.

As we drove to the airport, our guide did not accompany us.  He said we'd have an easier time with security if he wasn't there.  As we approached, the bus was stopped at a checkpoint and allowed to go through.  We had been prepped to expect a number of us to be asked innocuous questions that we were to answer truthfully by security.  Israeli security checks people more than things.  While bags are screened with high technology, they are primarily looking for people that may be more likely to cause problems.  How people respond to regular questions apparently gives highly trained people insight they need. 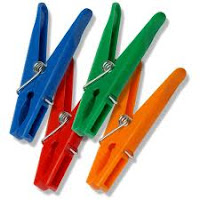 The first check was of passports and a large x-ray machine for checked bags that spit bags out onto a conveyer when finished.  One of my bags raised a question, so we were taken aside to an inspection area.  By the time we got to the front of the short line, the agent had a picture of the bag's x-ray on her screen with the problematic area highlighted in green.  What tripped the system was a bag of plastic clothespins held together by metal springs.  The agent asked: "Did you buy these yourself"  "Yes."  "Where did you buy them?" "Jerusalem."  "Why did you buy them?" "To hang up clothes when we washed them."  "Ok, go ahead."  And that was it.

While we were waiting for everyone to go through the first round of baggage security, Donna B. was approached by someone who asked that she take a picture of her.  The conversation covered all the basic questions that we were told to expect from Israeli airport security.  The woman volunteered no information about herself.  We seem to have been surreptitiously checked-out.

The metal detectors we then passed through with our carry-on baggage didn't require us to take off belts or shoes, and were pretty straightforward compared to the US.

When we got to Newark, however, we experienced a problem.  Changing from the international to domestic flight meant going through customs and leaving the secured area.  So we had to go through security again.  We checked our bags and went to the security screening.  All was fine, except for the small snowglobe we had bought for Julia.  Jane had read a new TSA policy before we left saying that snowglobes were now permitted and Tel Aviv security had no problem with it (and Tel Aviv is the world's most secure airport).  But the folks in Newark were not going to allow it through, even though the ball part couldn't have held more than 3 oz of liquid.

So I took it outside security and went to ask to get the checked bags back and put it there, at the recommendation of TSA.  (We hadn't originally checked it since we were afraid of it breaking with pressure changes or rough handling.)  The person at the baggage desk said it would be no problem and would take about an hour.  We had about four hours before our connection, so that seemed fine.  After two hours of waiting, I went back to the desk.  They said that the bags had already been sent to the other terminal for putting on the plane and they couldn't get them.  Apparently they knew this more than 90 minutes earlier, but no one came to tell me.

As I left the baggage counter, a woman who worked for an airline was walking by, and she felt like the right person to bestow a snowglobe upon.  I asked if she had a daughter, and when she said yes, I gave it to her.  She was very grateful and said she collected snowglobes.  At least it found a good home.   Julia ended up with one from the New York airport, taken in a carry-on onto the plane, but bought on the other side of security.
Posted by Adam Trambley at 1:03 PM