How We Got A Coffee House -- The Holy Spirit at Work


Last night, my wife and I sat on a couch (she suggested I change this to say cuddled on a couch) in the church lounge listening to three people sing soft rock and the occasional gospel tune.  Twenty-some people, almost none of whom were members of St. John's, gathered on a summer Friday evening for snacks, fellowship and some uplifting ballads.  A good thing -- and the fruit of Holy Spirit winding through three different stories over a couple of years.

When I came to St. John's five years ago, our lounge was a lovely Victorian drawing room, but the various tables and large chairs bottlenecked traffic flow while making casual congregating for conversation difficult.  Some folks suggested that coffee house furniture would make the room more functional, but the estimated $3,000 price tag dampened the vestry's enthusiasm.  Then somebody new came to St. John's seeking a church.  First, she found a home and community.  Then she found found tables and chairs hugely discounted at a used furniture warehouse.  And she continues to find other ways to use her gifts of welcoming and hospitality.

Fast forward a bit to when a long-time St. John's member with great musical gifts became the activities director at the local hospital's skilled care unit.  Since many patients couldn't come out of their rooms for activities, he goes to them.  One day, he took his guitar and sang to a woman who played piano at another local church after she had surgery (more about the church later).  When she got home, she started volunteering Wednesday afternoons at the hospital, singing from room to room, and eventually bringing another friend from her church to join them.  The hospital staff dubbed the mid-week entertaining trio "Afternoon Delight." 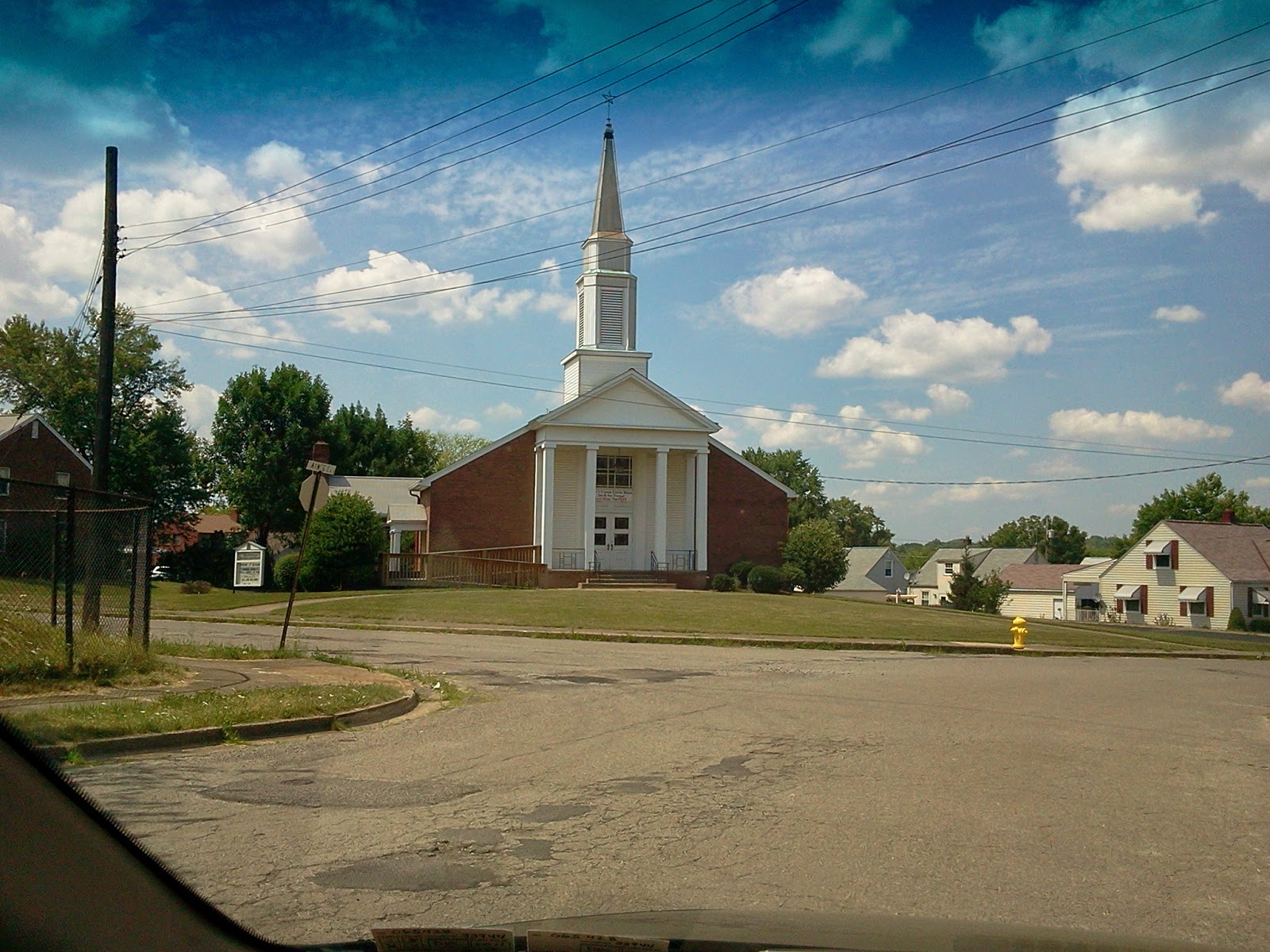 The third story is of this musician's church, which began over a hundred years ago with Hungarian immigrants to the Shenango Valley.  At some point a few decades ago, the church, like too many churches, decided to focus on the comfort of its members -- in this case on being a tight-knit Hungarian congregation -- rather than on the needs of the community around them.  Attendance dwindled until the local Presbytery gave their building to another congregation of a radically different style.  The final year that the two churches co-habitated was not pleasant for anyone.  A few weeks after Easter this year, the church dissolved.

One of their final attempts to survive was the inspiration of their pianist to start a coffee house called Cana's Corner.  She got a good ministry off the ground, even if no one made the leap from the basement Friday evening to the sanctuary Sunday morning.  When the church closed, the coffee house moved temporarily to a donated storefront and the congregation decided to allocate some of their remaining funds to support the ministry. Their pastor called me, recognizing St. John's efforts in downtown Sharon and asking us to be a fiduciary for the ministry and help it grow.  We agreed.  Then last week, when the donated storefront could no longer be donated, Cana's Corner moved into our lounge, which just happened to be furnished perfectly for a coffee house ministry.

The St. John's member at the hospital paid attention as we talked about inviting people to church.  When he found out her church was closing, he invited the pianist to visit St. John's.  She started attending regularly, then brought Afternoon Delight's third member, and then another couple from their church came, as well.  Whether St. John's becomes their permanent home will unfold in time, but they at least have a church where they can be loved, use their gifts, and experience God's healing.

The Holy Spirit is always up to something.  Friday night, a group of people from various churches, closed churches and no churches sang "I'll Fly Away" and "Leaning on the Everlasting Arms" together during a coffee house in a coffee-house-appointed lounge.  The Holy Spirit at work.

Posted by Adam Trambley at 2:28 PM