The second study paper from the Task-Force for Reimagining the Episcopal Church came out this week, and it deals with reforms to church-wide governance and administration.  While the first one, dealing with networks had some serious problems (that you can read about here), this paper makes solid contributions to the particular areas that many who voted for the Task Force at GC2012 wanted addressed. 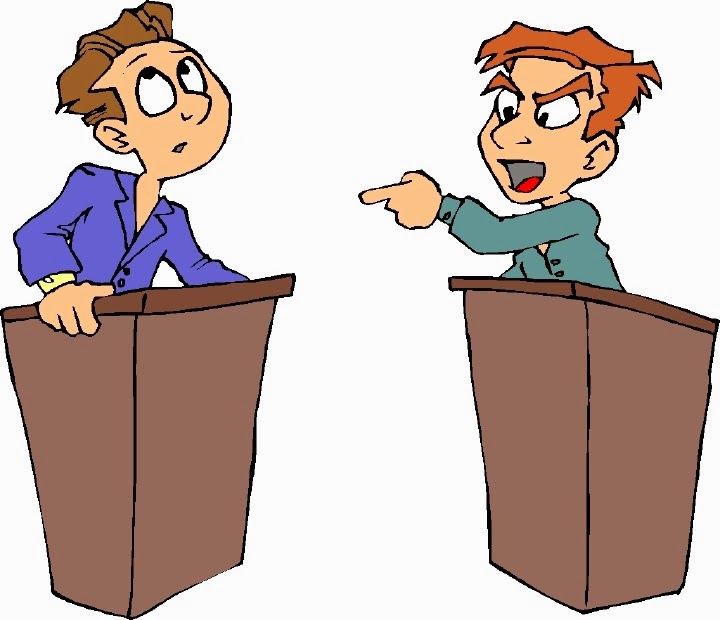 The first victory in this paper is that it easily clears the topicality hurdle.  In high school debate, you lost the round if your opponent could show that your arguments didn't apply to the topic at hand.  TREC's governance paper wins this point in its first paragraph, stating the importance of making structural changes that can help mission develop, while clearly letting the rest of the church know that if somebody doesn't start developing mission to fill the structure, we are all just wasting our time. (This could almost be an advertisement for the Acts8Blogforce's thoughts on 21st century missionary societies.)  The paper proceeds to offer concrete proposals for many of the structures most in need of re-imagination (with the addition perhaps of the Province structure): General Convention, Executive Council and Church Center, and Commissions, Committees, Agencies and Boards.  By laying out their ideas, and even possible alternatives, TREC is fostering conversation around the church about structural reform, which was one of its mandates.  (For some of that conversation, see SevenWholeDays, CrustyOldDean, Jim Naughton at EpiscopalCafe and  YoungCurmudgeonPriest.)  TREC is clearly doing what we commissioned it to do in this paper, and doing it well.

Turning to the specific proposals, TREC starts with General Convention.  I agree entirely with the paper's desire to make General Convention smaller, shorter and less expensive.  I also agree overwhelmingly with the idea of focusing our gathering on a larger mission conference, open to anyone, with the governing legislative convention being a smaller affair.

To make this happen, TREC looks at legislation, legislative committees, convention voters, and finances, suggesting cuts in all of them  I appreciate the intent, but think they go too far in some directions and not far enough in others.

In terms of legislation, I think most of the legislation that comes before General Convention is a waste of time.  Much of it everyone agrees with, except for the minority that doesn't, and how the vote turns out really doesn't make much difference to the day-to-day life of the average Episcopalian in the pews or, unfortunately, the people the resolution was meant to help.  I have been in favor of adoption of the Gunn rule, which asks deputies to vote down resolutions that tell other people what to do.  However, I don't agree with  TREC's proposal to limit the kinds of resolutions that can come before convention.  The church needs the opportunity to bring whatever it desires to the church, but the church needs a way to quickly deal with what is unnecessary. To that end, I would work very intentionally to develop another of TREC's ideas, which is to allow committees to meet in advance of convention and complete much of their work at that time.  If those committee meetings are orchestrated well through electronic media, they could receive much broader input from throughout the church than is possible through the current convention structures.  Committees could combine related resolutions, allow unnecessary resolutions to die in committee (another good TREC proposal), and even perfect many resolutions.  By the time convention opens, legislation could be ready to go, including the legislation most in need of thoughtful discussion which in the past has often been delayed until the closing days of convention.  If most committee work were to be completed by the opening of convention, much could be streamlined, and there is no compelling reason not to allow committees to meet as much as six months in advance of convention, although that might require some earlier administrative wrangling.  I also have no objection to the list of proposed committees to disband.

If the committee process were opened up to greater participation, and if the dynamic work of the church was primarily happening in the Mission Conference that reserved a quiet room somewhere for the legislative gathering, I would suggest reducing Diocesan deputations even further than what TREC proposes.  Only Diocesan Bishops would have a vote, while all bishops, retired or otherwise, would have seat and voice.  Diocesan legislative deputations could be a small as two clergy and two laity, with many more folks coming for the mission conference and able to participate in legislative hearings and other events, but not voting.  Joint legislative sessions with Bishops and Deputies (while using voting technologies to keep results separate) would probably be helpful, as well.


TREC's paper offers only one short sentence on financial reform, noting that Diocesan assessments should be reduced to about a Biblical tithe.  I would set the maximum Diocesan assessment at 10%, with the hope that it could be much lower.  Ideally Diocesan assessments would cover the basic governance infrastructure and, hopefully, an effective high-tech church-wide communications platform.  Then I propose creating something along the lines of an Episcopal Kickstarter (we could even use Kickstarter itself) for many of the specific projects the budget currently funds.  Dioceses, parishes and individuals could fund projects near and dear to their hearts, and actually develop ownership of them.  Imagine the discussions at a Diocesan Convention about where to spend the 5-9% of their budgets for the Episcopal Church that they would be saving, and the opportunities for greater involvement these discussions would foster.  Although some initiatives (including good initiatives) would probably be lost, the church as a whole could vote their passions with their pocketbooks, which is the best way to fund ministry at any level.  Even larger items like the Office for Government Relations or the Standing Committee on Liturgy and Music could be funded in this way, which would probably connect their projects more closely with what the church needs.   I think funding would easily be found for work like "A Cloud of Witnesses", but maybe not for a blessing a child learning to ride a bicycle.  Moving to this kind of funding system takes us from a federal "tax-and-spend" model of church business to a 21st-century implementation of the pre-20th century missionary society model of church work, a model that worked in a time that more closely resembles our own than the corporate era of the 60's and 70's.

This Kickstarer-esque approach to projects would also solve one of the biggest problems with our current voting system, which is that everyone has to vote "yes" or "no."  While this is helpful on some items, large majority votes may indicate less of a monolithic support for a project than a corporate sense of "that's nice."  For many topics, including social justice resolutions and the development of churchwide resources, a better voting scale might be:

1. This is at the core of the gospel, so I am willing to take up my cross and die for this.
2. This is vitally important, and I'd give my own time and money to support this.
3. I like this, and if you want to do it, God bless you.
4. Meh.
5. I don't like this, but if you don't bother me about it, I'll leave you alone.
6. Ye do err, not knowing the scriptures, nor the power of God.
7. Get thee behind me, Satan!

First, I don't like the current system (as enshrined in Alternative II), because I'm not sure that electing a CEO for a time-delineated term is the most helpful way to lead the Episcopal Church.  The current need to hire a COO shows the difficulties inherent in combining the pastoral role of Presiding Bishop and the operational role of running the church.  Second, I think that the drawback of Alternative I could be summarized as "too many chiefs."  Having a full-time Presiding Bishop elected by the House of Bishops and a full-time CEO accountable to Executive Council opens up the kind of parallel organizations and confusing jurisdictions that we are trying to eliminate.  This concern is alleviated by Alternative III's decision to allow the Presiding Bishop to remain in their diocese.  The Presiding Bishop, presumably, would have be focused on a pastoral role for the church and the House of Bishops, while being removed from day-to-day church operations except as is appropriate for a board chair.  Having the board hire a staff person to run the operations then makes sense.  While I appreciate moving away from the corporate language of CEO, "General Secretary" sounds like someone who should go to ecumenical meetings in Brussels.  A better American term for the position would be "Executive Director."

In terms of Council's size and role as an interim body, I have a couple of thoughts.  The first is that I agree with significantly reducing the size of council.  Forty people is too many to be able to work effectively as a body, and Executive Council needs to be able to meet together and work as a whole.  In terms of its committees, however, ideally each committee or subcommittee would consist of a few members of council alongside of non-council members.  I would also change the relationship between council and CCAB's (see below).

TREC's proposals for CCAB's is a step in the right direction.  They propose eliminating many and provide guidance in ensuring their effectiveness by making suggestions concerning technology, size, and relationships with Executive Council.  I would, however, make the following suggestions for a restructuring of CCAB's.

2. Agencies and Boards are more complicated, but they should probably have some relationship with the Executive Director (or CEO/General Secretary depending if your leanings are corporate or European).  In some cases the Executive Director might be part of the board or appoint someone to the board as a liaison.  In other cases, an annual reporting might suffice.  The more funding for that agency or board that comes through the church budget, the more direct the lines of accountability should be to the Executive Director.

3. I entirely support TREC's proposals for greater transparency and accountability, the training of new members, and the increased use of effective technology.

Overall, TREC's paper does an excellent job at laying out positive changes for our governance and administration. That their proposals invite tweaks by myself and other bloggers shows that what they have laid out is moving the discussion of our church's restructuring forward as intended.  The next important steps will be for them to take these suggestions, incorporate them, and come back with a body of legislation that would allow us to make ideas a reality.  This task is an indispensable one, but not easy.  Thank you, TREC, for the good work on this study paper. 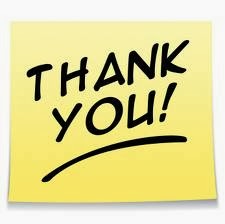 Posted by Adam Trambley at 7:26 PM