One of the resolutions drafted by those gathered in Columbus recently clarifies the roles of various officers in The Episcopal Church.  The entire resolution can be found here or as a PDF here.  This resolution picks up on the work that TREC began in its Study Paper on Churchwide Governance and Administration on February 25, 2014.  We, however, have made a number of different choices in what we are proposing than TREC proposed in their Final Report.

Two points are worth noting by way of introduction.  First, our resolution really is primarily about clarifying the roles of our officers.  The canons describing our leadership is an amalgamation of the positions necessary for running our General Convention, of the by-laws of the Domestic and Foreign Missionary Society, and of the duties of Executive Council officers, with various means of linking them having grown up over time.  This resolution does its best to clarify and systematize these offices, while keeping them as consistent as possible in different parts of the canons.

Second, in clarifying the roles, we have focused on authority, responsibility and accountability.  Officers should be accountable to the people or bodies who created them, and the bodies creating them should also be the ones defining the scope of their responsibilities.  Since Executive Council is the body responsible for carrying out the work of General Convention between conventions, the Executive Council is the body to whom most, but not all, officers are responsible.

This post will go through the various offices of the church that are clarified by this resolution.  I will do my best to describe what we propose its role and responsibilities to be, and what we recommend changing from current practice.  Where applicable, I will also mention what other choices we considered and what might be at stake in making other choices. 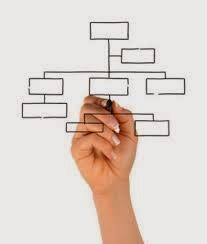 Or, to put it another way, the Presiding Bishop has two primary responsibilities: first, visionary leadership of the church formally as Chair of Executive Council and morally/spiritually by virtue of the office of Presiding Bishop, using the opportunities given to that particular voice; and second, as chief pastor to the bishops of this church.  These responsibilities are given by the bishops who elect the Presiding Bishop (and who this resolution has confirmed by the House of Deputies according to current practice).  We believe that these two roles are of crucial importance to the future of our church at this time, and we structure this office to be able to live into those two primary roles.

The primary change in current practice is that we remove responsibility for direct staff oversight from the Presiding Bishop (except for the direct personal staff necessary for the above functions).  This resolution makes the Presiding Bishop President, but not CEO, of Executive Council for three reasons.  First, and perhaps most importantly, we want the Presiding Bishop focused on visionary leadership and pastoral care of bishops, not worried about staff supervision.  We don't want there to be any question about where the Presiding Bishop should be focused.

Third, and equally importantly, very few of our bishops have had the opportunity to develop the skill set necessary to run an organization and staff the size of The Episcopal Church.  Most of our dioceses operate at a much smaller scale, and we need to be able to find people to oversee the staff with the experience of running large, complex organizations.  We would not want to eliminate visionary bishops from the office of Presiding Bishop because they lack the needed managerial experience, nor would we want the mechanisms for implementing a vision to stumble due to organization missteps.  Therefore, this resolution separates the leadership and pastoral office of Presiding Bishop from the organizational management office of Executive Director.

To reiterate: this resolution removes direct staff oversight from the Presiding Bishop because we believe that our church at this time needs a Presiding Bishop who is focusing on the big picture spiritual leadership and not over-encumbered by managerial responsibilities.  As travel requirements have increased in recent years, this focus becomes even more important.  A scriptural analogy would be Acts 6, when then Apostles appointed others to handle the details so they could focus on prayer and serving the word.  We want the Presiding Bishop to have adequate time for prayer and serving the word with his/her fellow bishops, so that word can be shared with the church and the world.

I would also note that another of our resolutions on the budget process provides a stipend to the President of the House of Deputies.  We believe that a stipend allows deputies from various walks of life to stand for election to this important office.  We have not proposed this change in this resolution on clarifying officers, but we hope that providing a stipend would be passed by Convention in some form.

As we were sharing drafts of this resolution for feedback, one suggestion was made to keep the current process of having General Convention elect a Treasurer.  This idea has merit, particularly in keeping an additional check and balance over the church's finances by having a Treasurer independent of the chair, vice chair and Executive Council.  We decided to propose a Treasurer elected by Executive Council for two reasons which we felt together outweighed the value of an independently elected position.  First, we wanted a clear and easy way to hold the Treasurer accountable between conventions, and to replace the Treasurer if need be.  Second, we felt that a consistency with other officers was helpful as we try to simplify the canons. 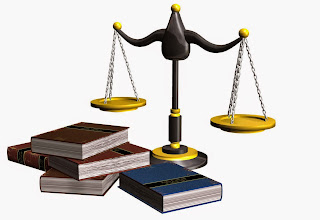 The General Counsel of The Episcopal Church
Currently The Episcopal Church does not have a General Counsel.  The Presiding Bishop has chancellor (as does the President of the House of Deputies), and other lawyers may be hired for particular activities.  However, good organizational practice would dictate a General Counsel to represent the best interests of the overall church, which may be different than the interests of the Presiding Bishop, the President of the House of Deputies, a Diocese or any other particular person or entity within the church.  This resolution creates this position, to be nominated by the Presiding Officers, elected by Executive Council, and accountable to Executive Council.