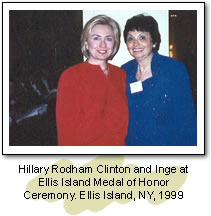 Last week, I had the honor of hearing Inge Auerbacher, a holocaust survivor, speak at PennState Shenango.  She was born in Germany and imprisoned in the Terezin concentration camp from age seven to ten.  After the war, she moved to the United States, became a chemist, and has spent much of the last thirty years speaking about her experiences.

The story she told blended the hopes and struggles of everyday life with the absolute horror of what she experienced.  Her books tell her larger story better than I can.  But a few things in particular hit me.

The first is how German she felt she was as a little girl.  Her hair was done in the style of the day.  She had a blonde doll she named after Marlena Dietrich.  Her father had an Iron Cross for service in WWI, and two of her uncles were killed fighting for Germany in that war.  As she said, "They went to church on Sunday, and we went to synagogue on Saturday" but they were all German to her.  Perhaps a stark reminder to all of us that we can never believe it when someone says another persons isn't "a real American" or "a real Christian" or even "a real Jew" or "a real Muslim."  Demagogues don't determine true identity. 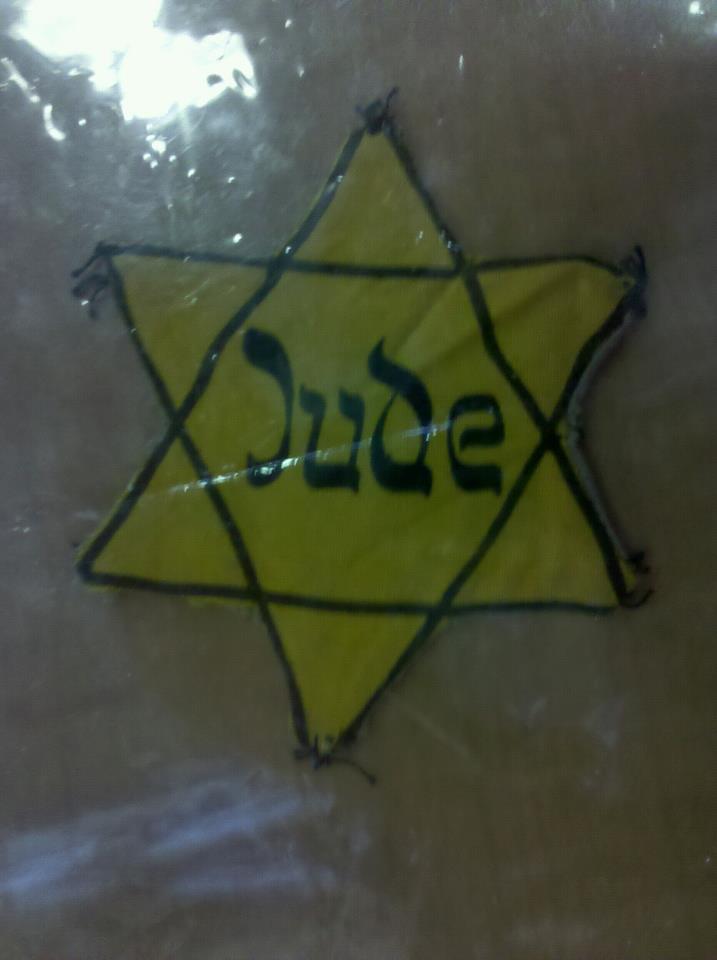 Second, I was struck seeing the yellow star she was forced to wear as a child in Germany and in the camps, a star she still had with her.  Knowing all about the stars is different from seeing a real one.  We also saw her actual transport order that sent her to the camp, a train ride her family had to pay for themselves.  The concept is unbelievable, yet there is the physical proof on the table before me. (Note: Homosexuals at that time had to wear pink triangles, which is the origin of that symbol).

Julia and Lily both came from school, since Jane and I had no idea if any of us would have another opportunity to hear a holocaust survivor.  I was glad they could come.  They didn't get was a technical description of the camps or how 11 million people were systematically killed (6 million Jews and 5 million others).  They can read that in the history books.  What they saw were photos of loved ones being shipped away while bystanders looked on.  They heard of a doll that made it through the camps with Inge through disease, deprivation, and fear.  They heard a witness that such atrocities have happened, no matter what deniers and falsifiers come up with.  But most of all, they encountered a heroic woman who somehow survived a horrific experience with hope and love intact, and who is now sharing her story so that every child can "grow up in peace without hunger and prejudice."  May God bless her and her work.
Posted by Adam Trambley at 1:12 PM