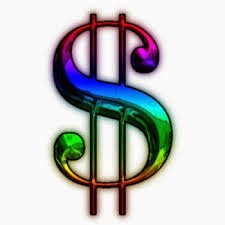 So here is the Acts 8 Million Dollar Question:

If you had a million dollars to help ‘proclaim resurrection in the Episcopal Church,’ where would it go and why?

This question would seem straightforward enough.  Just this week I have attended two different dinners for good causes, and St. John's, Sharon, PA, is in the midst of a capital campaign (which you can find out more about here).  Lots of resurrection is being proclaimed in various places, and a million dollars wouldn't hurt.

Honestly, though, I haven't seen the proclamation of resurrection ever stifled for lack of coin.  In my own experience, and in the experience of those I respect, money is rarely the problem.  What we usually lack comes down to one of three things: deep prayer, good ideas, and committed leadership.  When people are coming together for serious time in prayer and generating worthwhile ideas that competent people are willing to make happen, then God always seems to come up with the financing.

In the Episcopal Church, we have unbelievable amounts of money at almost every level.  Where prayers, ideas and leadership are present, resurrection is evident in innumerable ministries.  Where the investment report is longer than the evangelism report, the church has problems.  So I wouldn't support a struggling church or ministry that would happily take the money instead of being forced to deepen their prayer life, generate new ideas and raise up new leadership to continue.

I'd spend the million trying to support the development of prayer, ideas, and leadership in the most effective way I can imagine.  My proposal would be the following:
If this sounds like some sort of monastery, that's because it is.  Throughout church history, the monasteries have been places where prayer has occurred, ideas have developed, and leaders have been formed.  More recently, places like Richmond Hill have adapted the historical model for effective ministry today.  Much of the resurrection proclaimed in darker periods of the church's life have come through the words and deeds of monastic or similar movements.

Of course, if prayerful, creative, committed people decide to come together in some sort of Christian community, the money will follow.  But if I have to put my million someplace to proclaim resurrection in the Episcopal Church, that's where it's going.