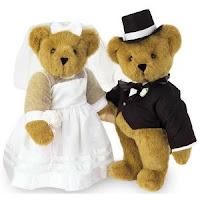 I've talked to a number of people about the Episcopal Church's provisional rite for same-sex blessings. Some confusion is occurring because certain important distinctions aren't always clear.  The distinction between the concepts of sacramental marriage, legal (or civil) marriage, and blessing can be particularly important.  My take on the differentiation between these three structures of uniting two people is as follows.

1. Sacramental marriage has traditionally been between a man and a woman.  The mystical joining of two people into one flesh is the fundamental transformation effected by sacramental marriage.   This sacrament is entered into by the two people marrying each other.  A priest or a church or a legal structure are not necessary to enter it, although we would understand all of those pieces as the normal method used in our culture for a man and woman to enter fully into this sacrament (in other times and places, or if you were stranded with your beloved on a desert island, the man might carry the woman around the hut three times, take her inside and be married).  Some people would claim that if society has a legal structure for marriage, then entering a legal marriage is necessary for a sacramental marriage to exist.  Others would say that non-legal marriages could still be sacramental, such as when a couple has a "common law" marriage by living together in a life-long, committed, monogamous relationship, or when an older couple joins their lives together but cannot afford the social security or pension penalties that a legal marriage would entail.   Whether or not gay folk are able to enter into a sacramental  marriage is really the theological crux of the matter of the church's debate about same-sex relationships.  If two people of the same-sex are truly able to become one flesh, then they could be married sacramentally regardless of their legal status.  On the other hand, if they are not able to enter that kind of spiritual union, then the authorization for legal marriage does not make it so, even if it does provide certain important contract benefits. 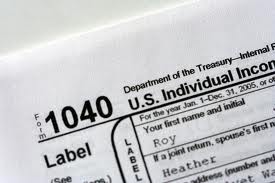 2. Legal marriage is a compilation of legal and economic rights and responsibilities to each other, to children and to society that two people enter into by becoming legally married.  The state defines what legal marriage is and what it means, and two people are legally married when the state says so.  In the United States, two people who are legally married are given special status toward each other and their children when it comes to financial matters, health care decision making, health insurance coverage, property ownership, estate planning, and other matters.  Most (but not all) of these automatic rights given to married persons can be authorized through various other legal documents, but doing so can be prohibitively expensive.  The state also has the right to determine who is allowed to be married.  In the United States today this question is being asked primarily concerning same-sex unions.  However, different states also have different requirements about who is able to be married in terms of age requirements and distance of relationships (e.g. whether or not second cousins can be married).  In some (rare) instances, people could have a legal marriage without a sacramental marriage (e.g. an arranged marriage where one partner doesn't consent to the union, a marriage to allow a foreign national to stay in the country, a marriage with extensive pre-nuptual agreements that is obviously meant to last only a few years before one party moves on).  In states that recognize gay marriage, the state would define the parameters for gay couples the same way they would for heterosexual couples.  Certain states also recognize same-sex unions but not same-sex marriages.  In most of these circumstances, the idea is to provide all of the legal rights and responsibilities of marriage to same-sex couples but not to claim that any sense of sacramental marriage is occurring.  When clergy presiding at weddings "marry" people, we are acting as agents of the government to authorize the creation of the legal marriage.  We also witness the existence of the sacramental marriage.  The current proposed Episcopal rite to bless same-sex unions does not include provisions for clergy to preside at same-sex legal marriages on behalf of the state.  However, in many states that recognize same-sex marriage and unions, Episcopal Bishops have provided their clergy opportunities to do so under the rubric of pastoral provision, even though this has not been authorized by the entire church.  Even if the Episcopal church approved a rite for same-sex marriage in the future, it would not apply in the Commonwealth of Pennsylvania unless the state decided to recognize legal same-sex marriage, as well.

3. The blessing (called the Nuptial Blessing) is the pronouncement of God's blessing on the union and is the unique piece the church adds at the start of a sacramental and/or legal marriage. The blessing opens the relationship up to God and is ideally a strong help to keeping the marriage or union from failing.  The priest pronouncing the blessing is what the church adds to the couple's sacramental marriage and the state's authorization for a legal marriage.  Some places, like France, recognize this by requiring the couple to go before the equivalent of a Justice of the Peace to get married, and then they go to church for the blessing.  The provisional rite for the blessing of same-sex unions is designed to provide a parallel pronouncement of God's blessing on a same-sex union that the Nuptial Blessings provides to a heterosexual couple.  Whether authorizing such a blessing for same-sex unions is also an affirmation of same-sex sacramental marriage is unclear.  On the one hand, the intent of the current rite is clearly to parallel a traditional marriage ceremony and most of those likely to participate would see it as such.  Nevertheless, the language does not necessitate the union to be understood as a sacramental marriage, and the blessing itself lacks the powerful and passionate language from Song of Songs found in the Nuptial Blessing.  What is being created through the rite and supported by the blessing is described as a covenant, a word that certainly applies to sacramental marriage but also has wider connotations.

These distinctions help us discuss the various facets of issues currently before our churches, whatever our personal beliefs.  My own thoughts at this time are that legal marriage or some sort of parallel such as civil unions are important for same-sex couples.  Given the numerous situations where legal family ties are important to make end-of-life and other medical decisions, to access health insurance, and to oversee the care of children as parents in school, extra-curricular, and legal settings, having a legal structure to allow a partner to be known as such is essential.  I have also seen God's love and grace clearly expressed in same-sex relationships, and have witnessed God's redemptive work and the Holy Spirit powerfully present in them.  Given the fragility of all commitments in contemporary America and the social and religious goods involved in committed same-sex relationships, some sort of blessing to support life-long unions seems meet and right.  Sacramental marriage is the hardest element to apply to a same-sex relationship, although for the reasons I've just mentioned, as well as a few others, I'm inclined at this point to think that when same-sex couples want to enter into such a mystical union, God in his mercy and love allows it.    Certainly, other faithful people see these points differently, and a complete treatment also requires much Scriptural discussion.  Hopefully, these brief thoughts provide a place to spark discussions at St. John's, as well as in the larger church and society.
Posted by Adam Trambley at 4:57 PM