This week the Episcopal Church's General Convention House of Deputies Study Committee on the Rules of Order issued their preliminary draft of new Rules of Order.  You can read their report and download their draft here.  (If you are already lost or just don't care about this level of Church geekery, I'd refer you to some very good Advent posts by my friend Scott Gunn.)

The work this committee has done is exceptional, and their draft is excellent.  Everyone on the committee deserves a huge THANK YOU, as does President Gay Jennings for setting up and commissioning the Study Committee.

The Study Committee sees their work as making significant changes in a few major areas:
I think these proposed rules accomplish all of their goals in ways that will move along the business of convention without hindering opportunities for debate and discussion on important matters. (I only hope President Jennings is generous next summer if I should happen to Move the previous question instead of moving to End debate and vote immediately.)

In addition, these draft rules make two other changes that I would mention. 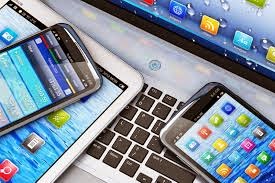 These rules allow electronic communication devises to be present and to be used on the floor (except in closed sessions, which is appropriate).  I would hope that between now and the final version, a change might be made from "The President may allow Deputies to bring" to simply "Deputies may bring", but the current draft is a significant step in the right direction.

A second provision would allow committees to hold legislative hearings in the two days prior to the first legislative day of General Convention.  This option seems unhelpful, especially since notice of the hearings would not be required until seven days prior.  This timing is much too late for deputies to change travel plans or accommodations to be present at a hearing for resolution they wish to address.  All deputies that have authored resolutions or wish to address particular matters would need to be prepared to be at Convention two days prior to the first legislative day.  However, since it is possible that no hearings would occur during those days, we might be lengthening Convention's costs for our deputies and Dioceses without accomplishing very much.  Some sort of electronic hearings in advance of Convention for noncontroversial legislation might be possible, but electronic hearings are not proposed in this draft.  If Legislative Committees have organized their work in advance, they should be able to conduct all necessary hearings beginning on the first legislative day of Convention.

Once again, I offer my thanks and congratulations to Bryan Krislock who chaired this Committee, and to members Michael Barlowe, Gay Jennings, Sally Johnson, Thomas Little, Byron Rushing, and James Simons for their hard and good work.  When Robert's Rules of Order is preparing their next revision, they should probably give you all a call.