As I was putting together a new series of classes about the church for newcomers, I got to thinking about some of my changing assumptions about growth and sustainability.  Being in a 150-year old church with a number of four-generation families, the background message was always that if people visited the church and became active, they would be there forever as long as the church did more or less what a church is supposed to do (which is a question for another time).  Slow, steady growth in such a paradigm, combined with lots of love, good worship, and meaningful ministry, should allow a church to continue its mission for the next 150-years. 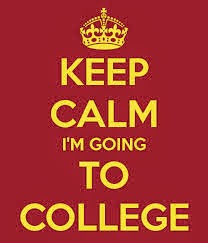 Over the past couple of years, however, I've noticed three things that have totally discredited that model for me.  The first is the percentage of newcomers joining us in what we might call the second-half of life.  They bring incredible gifts and experience, and have done amazing ministry at St. John's.  Realistically, however, they may not be physically able to regularly attend church in 10-20 years.  Second, I have seen attendance drop as sizable classes of young people graduate from high school.  If a young family with a three-year old starts coming to church, that three-year old's attendance probably stops in 15 years when they leave for college, and often their parents' attendance declines at that point, too.  Third, in a year that included one of the largest classes of confirmations and reception in a long time, as well as the start-up and expansion of key ministries, the parish's ASA (average Sunday attendance) slightly declined.

All of this got me thinking about what kind of new membership a church needs to remain sustainable (never mind grow or plant new churches).  For the sake of example, if:
Then, 20 NEW ACTIVE MEMBERS need to be incorporated into the church each year.

Now maybe this doesn't seem like a big deal, but most congregations I know do not have this kind of growth

(and, yes, they are dying).  Implications for this level of growth include:
Even more troubling, when I shared these thoughts with a local prayer group for pastors, somebody said, "If you can keep them for 15 years, you must be doing something right.  The average length of time for an Evangelical church is 9 years and Charismatic churches burn people out in 6 years.  You must be doing real discipleship."  Now I have no idea where he got his numbers, but he usually knows what he is talking about.  So if we drop a person's tenure with us to something like 10 years, then we would need to incorporate 30 new people each year.  A church with an ASA of 100 would need to incorporate 20 people.

So we are probably looking at needing, in effect, to bring in 20% of our average Sunday attendance as new

members every year, just to keep the same Sunday morning worshiping community.  We probably can't even begin to think about growth until we are spiritually, emotionally and organizationally prepared to bring in the number of newcomers equivalent to 40-50% of our ASA each year.  All of this has been done in the past, can be done now, and I believe every church is called by God to do it, but we need to know the scope and scale of what is required.  Outdated intuitions and instincts about easy incorporation aren't going to help.  God is working in the hearts of those outside the church, though, and he will send them to us once we do the work.

Posted by Adam Trambley at 9:43 AM