Below is my Christmas message, with the addition of some relevant photos that didn't make it into the oral sermon. 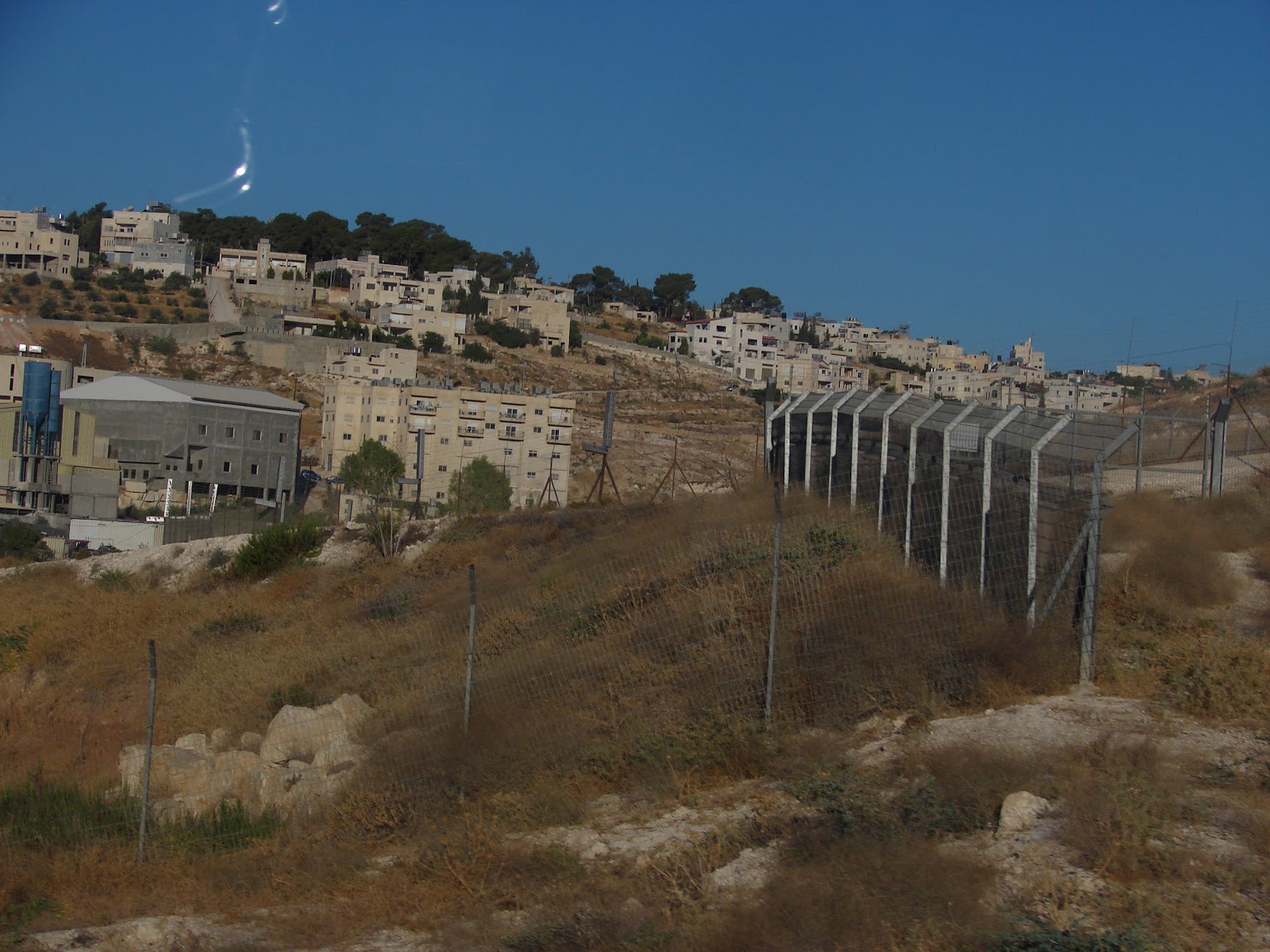 I was in Bethlehem.
The journey was by air-conditioned coach,
From Jerusalem, four-miles away,
Not the long donkey ride from Nazareth in the north.
Nevertheless, we were stopped,
At a military check-point,
And told to enter the city by another route,
For there was no place for us on the main road.
We saw security fences encirlcing the city,
Barbed-wire ensuring no-one entered or left David’s city
Without proper paperwork.
Bethlehem, a place precious to pilgrims,
Now isolated,
its ancient Christian community dwindling
from economic strangulation and political persecution.
Bethlehem Christians are a double minority—
They are Palestinians in an Israeli state
They are Christians among Muslim Palestinians.
They are in great need of our prayers and support.
Early on that morning we came to a church
Marking the site of the Word made flesh
Dwelling among us.
Actually we came to two churches atop
Subterranean chapel caves
Commemorating Christ’s coming into the world.
The newest, a Catholic church filled with light,
Was renovated by the Emperor of Austria in 1881.
It sits beside an Orthodox sanctuary
Dating to Crusader times,
Whose icons, mosaics, walls and ceilings
Are blackened by a millenium of smoke
From candles and thuribles,
built above a fourth-century chapel
That Constantine’s mother constructed,
Of which only mosaic floors remain.
On the outer church walls,
Bullet holes commemorate clashes
Where soldiers strafed those seeking
sanctuary and sustenance
in the birthplace
of the Prince of Peace.
Underneath these soaring sanctuaries sit a series of small caves.
Stairs down lead to an ancient children’s crypt,
Perhaps where Herod’s holy innocents were interred,
And to the study of St. Jerome,
Where the unwashed hermit studied and
Translated ancient scriptural texts.
Also under the Orthodox church altar is a small chapel in a cave
Where maybe fifty can stand,
near the spot where was born to us
a Savior, who is the Messiah, the Lord.
An altar, owned by the Greek and Armenian Orthodox monks,
Sits above a golden star placed on the ground
Marking the place of the birth of
The son of Mary who is
The only-begotten son of the Father
A few feet from the place of Jesus birth,
Was the manger
Where they lay the newly swaddled Savior.
A site a Roman Catholic altar marks,
And where we joined an Italian Franciscan priest,
Saying mass for us in English,
Hearing the same gospel we just read,
And having sung songs we sing today.
There we heard the good news of shepherds
In the spot where Mary, Mother of God,
Marveled at the same message.
There we shared in the Body and Blood of the one
Who came into the world where his own did not accept him,
Where people loved the darkness.
There, in the midst of the darkness of division, discord, and death,
Light shone and the darkness did not overcome it.

Bethlehem two thousand years ago was not the same 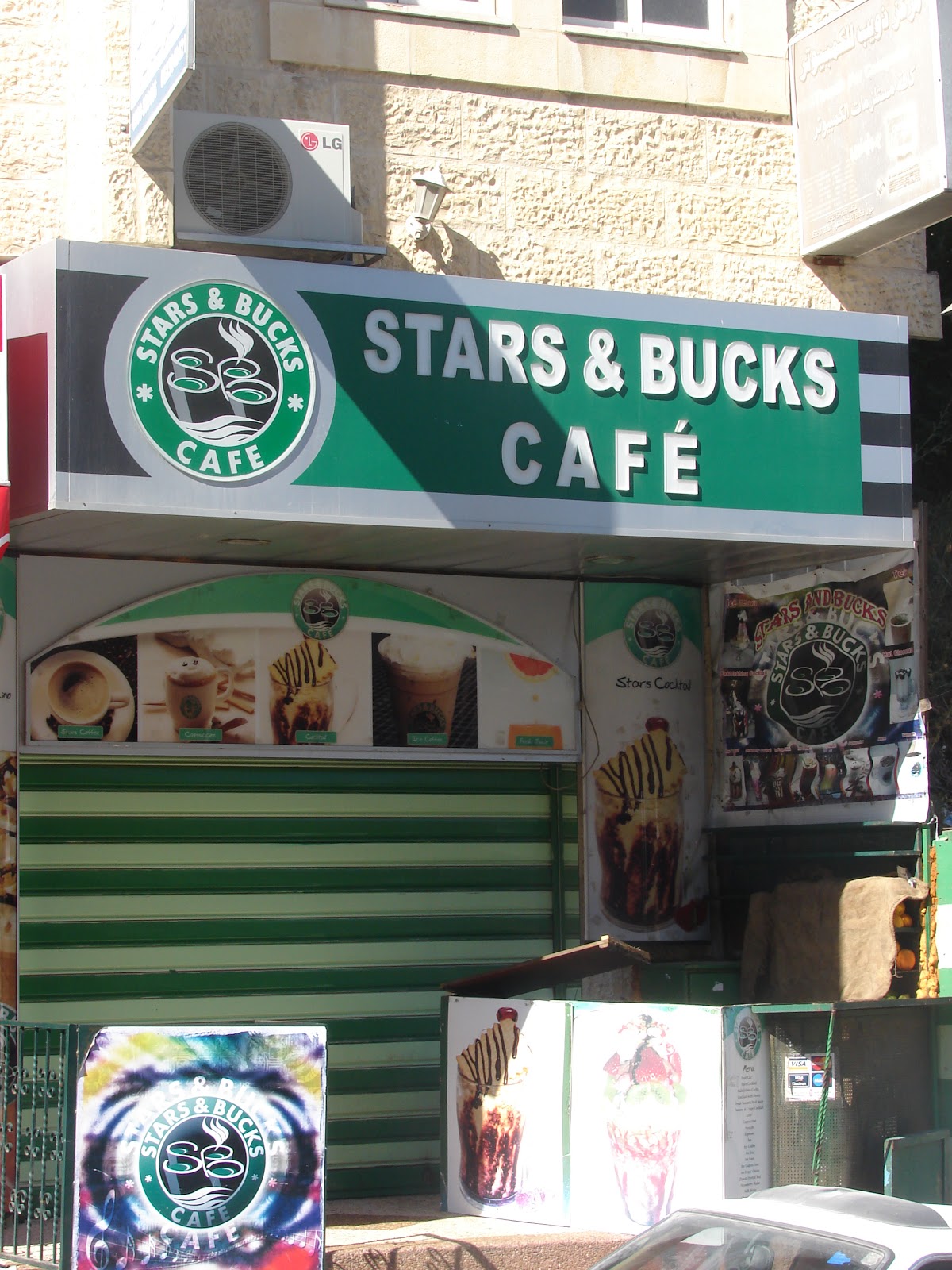 As Bethlehem this summer;
The Stars and Bucks coffee shop did not exist,
No one sold olive-wood nativity scenes,
And soldiers carried spears instead of semi-automatic weapons.
But much remained the same.
God’s people were divided:
Pharisees and Sadducees, Zealots and Essenes.
A thousand years earlier,
King David came from there and united Israel.
But at that time someone else ruled them:
Romans,
Willing to bring Caesar’s peace with a sword
Utterly ignorant of the peace passing all understanding.
But demanding a census of the whole world,
Collecting taxes and containing troublemakers.
In the midst of big picture economic anxieties and political problems
Two travelers borne on a burro bring burdens.
Joseph seeking shelter,
Stops in a cave where animals could be kept.
During the night watches, his new wife gives birth.
Like all good parents of the day,
They wrap the baby in swaddling clothes,
So he feels safe and secure.
Then, having no beds themselves,
They lay him in the only safe place they can set him down,
A manger serving as a crib,
So perhaps they can sleep.
But their dreams are delayed
As astonished shepherds arrive announcing
Good news concerning baby Jesus.
Angels appeared.
The Glory of the Lord shone in that place
To herald the arrival of the Messiah, the Lord.
The Word become flesh
Immanuel, God-with-us,
The Life that is the light of the world.
And the angel said:
Be not afraid!
But now what?
The shepherds return.
The baby nurses and sleeps and needs to be changed.
And mother Mary ponders in her heart.
Much remains – miracles, healings, and beatitudes
Passion, suffering and death
Resurrection!
But everything already is renewed.
The creator of the universe
Is no longer apart from it,
But has jumped directly into
The jumble of injustice, injury, and despair
Re-creating from within all things that came into being
joy, love, peace, and life
For all who receive him
And believe in his name--
The name announced by angels
Shared by shepherds
And disclosed to us.
The name by which all under heaven are saved.
Immanuel, God-with-us,
The Son of David, the Savior who is the Messiah, the Lord,
Son of the Most High,
Jesus.

Bethlehem two thousand years ago is not the same
As the Shenango Valley today,
But we’re not that different.
We have the occasional census
And the not so occasional taxes.
Our stables are scarcer, but our inns are emptier.
Young mothers too often have no safe place,
And petty Herod’s senselessly slaughter our children.
But today we know the story of the Babe of Bethlehem,
If not announced by angels
Then narrated by Linus.
We’ve heard the story,
We’ve sung the songs,
We’ve celebrated the season.
And yet we still struggle to live into it
Because we can’t quite believe
How unfathomably immense
Is God’s love for us.
We can’t conceive the celestial radiance
Concealed for a season in human flesh
So we can share the spark of eternity.
We can’t consider the cost of trading the courts of heaven
For the cross of Calvary.
We can’t fathom the faithfulness of God
When we lack it ourselves.
But mostly,
We want the darkness gone
And we don’t understand
Why it lingers.
Our lives hold so much pain and suffering,
Darkness seems so strong.
Two Thousand years later,
Shouldn’t Jesus have fixed everything?

The promise says
The light shines in the darkness
And the darkness did not overcome it.
As long as people choose darkness,
And all of us do sometimes,
Darkness does doggedly dig into our existence.
Darkness does not however,
Have the last word.
Since Jesus was born in Bethlehem,
Light is always shining into the darkness,
And darkness must give way.
In every avenue of our existence,
At least a glimmer of divine light shines
And shows us a way out.
No matter how dark,
No matter how painful,
No matter how sinful the situation.
Even if we are trapped in a darkness
Of our own damning decisions,
The dayspring from on high
Drives away the final despair
if we will only deign to open our eyes.
When families fail,
When dear ones die,
When we hate ourselves for hurting others,
Jesus offers an emergency exit arrow
Pointing to a place of peace.
For our salvation comes not with a warrior’s sword,
Nor by imperial edict,
But with a baby,
Born in Bethlehem,
Where all should be well, and isn’t,
Just like in our own lives,
But where Christ comes anyway,
And can’t be kept out.

Halfway around the world this night,
Past patrolled check-points and barbed wire fences,
Beneath vaulted basilicas and bullet ridden facades
Aware of a world awash in the power of darkness,
In an underground cave,
People have crammed themselves together
because on this day,
In the city of David
Is born a Savior, who is the Messiah, the Lord.
In this place, we have come tonight,
With our own struggles and burdens,
With our own weariness and wants
To receive glad tidings of great joy,
For a child has been born for us,
A son given to us;
Wonderful counselor, Mighty God
Everlasting Father, Prince of Peace.
For tonight the Word became flesh,
and we would have him live among us,
so that His light shines always into all our darkness
So come to Bethlehem and see
Him whose birth the angels sing.
Come adore on bended knee
Christ the Lord the newborn King.
Posted by Adam Trambley at 12:47 PM