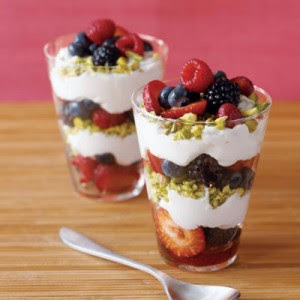 This Sunday's gospel reading included Jesus' interaction with the Syrophoenician woman.  The passage is somewhat difficult, primarily because Jesus comes across as somewhere between rude and racist.  Over the centuries, preachers and teachers have interpreted this very strong passage in very strong, but very different ways.  A traditional approach has been to understand Jesus as testing the woman's faith, usually because it was necessary for some reason known primarily to him.  The other most prevalent approach in the modern era has been to see this incident as a turning point in Jesus' own ministry, where a plucky woman bests the religious teacher and he realizes he has to minister to Gentiles, as well.  Various other expositors take their own interpretive canals from these two main streams, sometimes deciding that Jesus is setting up the dialogue to teach us about Salvation History.  Much ink has been spilled in parsing differing ideas, mostly to the benefit of their readers.  Not surprisingly, however, most of the decisions made say as much about the exegete as about the scriptural passage itself.  My own remarks below will no doubt do the same.

I think if we take serious the inspiration of the scriptures, we also need to take seriously that the Holy Spirit is speaking through it to the entire church.  What the church needs and is able to hear is radically different depending on its circumstances.  We shouldn't be surprised that some texts would be interpreted differently by different people at different times and in different cultures.  For good or ill, the Bible offers revelation of who God is and offers us a way to live into an eternal relationship with him.  But the details aren't clear in every case (and in some of the cases where things are pretty clear, like Old Testament dietary laws and circumcision, we've come to realize they may not be so important to be clearly followed).  Instead of looking for "the answer" or "the right interpretation", we probably need to look for God in the text, and see what he would tell us.  Part of that search is listening to the wide array of Christian voices about the text through the history of interpretation and in the diverse worldwide Christian churches today.  Some voices will resonate more with our own circumstances and needs, but all will add something, even it if only a cautionary tale on the dangers of overly-speculative exegesis.

Beyond differences in understanding at the basic level of the text, we may also find a wide variety of scriptural meaning for different aspects of our Christian life.  In the middle ages, most interpreters believed all texts to have a variety of meanings, including a literal meaning, an ethical meaning, a spiritual/mystical meaning, and an eschatological meaning.  Some of the spiritual and eschataological meanings dealt with the church.  This understanding provided an inexhaustible richness in every scripture passage that was worth a lifetime of prayer and study.

I would much rather see every Biblical passage as a parfait, offering a wide variety of satisfying meaning and interpretation that touches every aspect of life and is worthy of deep appreciation.  Just like we can enjoy the crunch of nuts, the sweetness of sauces, the tang of fruit and the creaminess of ice cream each on its own, any particularly understanding may benefit us at a given time.  But savoring the richness of the whole, enjoying it slowly, savoring every delight and blend of flavors, leads to a fuller enjoyment and draws us ever closer to the maker of such a miraculous gift.  If we are to glorify God and enjoy him forever, a good start might be truly enjoying the divine parfait provided in every scriptural passage, allowing us a foretaste of the joy found in God's own inexhaustible goodness and love.

For those interested, my own sermon on the scriptural parfait found in Mark 7:24-30 can be found on the sermon page on St. John's Website.
Posted by Adam Trambley at 8:23 AM